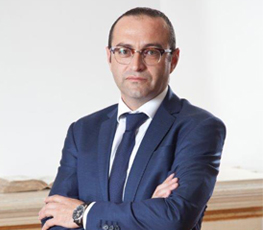 Daniel acted for more than 15 years as a business lawyer and consultant having acted as such on behalf of various local and international investors. Daniel was involved as a counsel in a wide range of transactions, involving multiple jurisdictions and spanning across commercial matters, mergers and acquisitions, banking and finance, natural resources, restructuring and insolvency, as well as tax structuring. He advised on PPP projects and various projects related to public procurement, particularly in the energy and public transportation sectors. He also gained a vast exposure in the sectors of broadcasting and media law, advising on a variety of issues, including TV shows licenses and talent agreements, production contracts, financing schemes and regulatory issues.

Prior to founding The Law Chamber, Daniel was a founding member of a local boutique law firm. He served for a number of years as a member of the Supervisory Board of OMV Petrom, expert to the executive management of a local bank, board member of a non-banking financial institution and interim manager in connection with the operational restructuring of one of the largest poultry producers in Romania. Daniel developed a strong interest for the agribusiness sector, being involved in various matters from aggregation of agricultural land to development of green field farming and reconversion of old facilities and restructuring scenarios for existing operations.

Daniel is a member of Bucharest Bar since 1999 and an insolvency practitioner since 2014 and holds a degree in law from Bucharest University and an MBA from WU Executive Academy Vienna. Apart from his native Romanian, Daniel speaks fluently English.