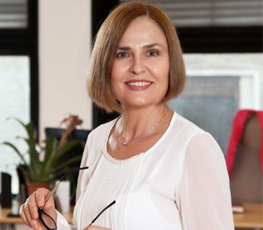 Dr. Rodica Constantinovici is a highly qualified professional holding a PhD degree in civil law as well as a Diploma in Law from London’s University of Law (formerly the College of Law).

Rodica’s wealth of experience of over 25 years of legal practice covering the Romanian legal system from defending to ruling as well as an in-depth knowledge of both the civil and common law system, make her an ideal adviser for local and foreign clients equally.

Her expertise was built from various areas of legal careers as she worked as a litigator immediately after having graduated, as a judge within a local court in Bucharest, respectively the Bucharest Tribunal and as a business lawyer whilst working as Managing Associate and Head of Real Estate practice with Linklaters’ Bucharest Office.

Moreover, Rodica was twice appointed as Secretary of State within the Ministry of Justice, bringing her contribution to the debate and adoption of the bills regarding the reform of the Romanian judicial system, as well as the bills of law regarding the Civil Code and the Civil Procedural Code and many other bills of law initiated by the Ministry of Justice.

As of 2012 Rodica is lecturing on civil law first year trainee lawyers at the Romanian National Institute for Lawyers (INPPA).

She believes that the most relevant journey in life is to find out who one truly is and her personal journey is described in the book “Beyond Break-Up, There Is India”, published by the Solomon Publishing House in 2015.